Home » Categories » Getting Everyone On-Board with Pop-Up Retail

Getting Everyone On-Board with Pop-Up Retail 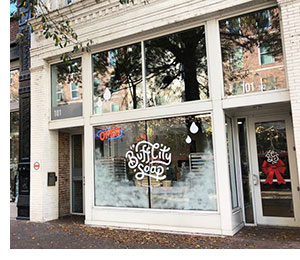 By all measures, the pop-up retail program in downtown Memphis, TN, is a success. However, Brett Roler, vice president of planning and development for the Downtown Memphis Commission, cautions that downtown leaders who expect instant success are likely to be disappointed.

Roler says his first hurdle was persuading landlords to take a chance on pop-up spaces. “It’s been a challenge to convince some property owners that this is worth doing,” Roler says.

In some cases, owners of otherwise-profitable properties don’t care that they have an open space or two in their multi-story buildings. While dark windows are deadly to the downtown’s image as a bustling place, an empty space doesn’t faze a landlord who has plenty of tenants on higher floors. As a result, owners aren’t keen to take on the headaches of an additional tenant for a mere $800 to $1,000 a month.

Roler stepped in to overcome that objection. For some long-empty storefronts, the Commission leased the spaces and then subleased them to pop-up tenants. Roler promised to take the calls about backed-up toilets and other routine nuisances.

Roler has learned that landlords who don’t want to lease small spaces to small businesses might have legitimate misgivings.

“Pop-up tenants can be high maintenance,” Roler says. “Even if they get zero dollars rent, they’ll still call and complain about things that are wrong.”

That doesn’t mean you should skip pop-up programs, Roler says. But you should plan for the reality that pop-up tenants will require constant attention.

Even in the worst case, if a pop-up fails, it’s better than the alternative, which is a chronically empty storefront staying empty.

More on the downtown Memphis pop-up program, plus dealing with a bad reputation, and converting streets to patios, appears in the January issue of Downtown Idea Exchange. Click below to learn more about Downtown Idea Exchange and other resources for revitalizing downtowns and commercial corridors.